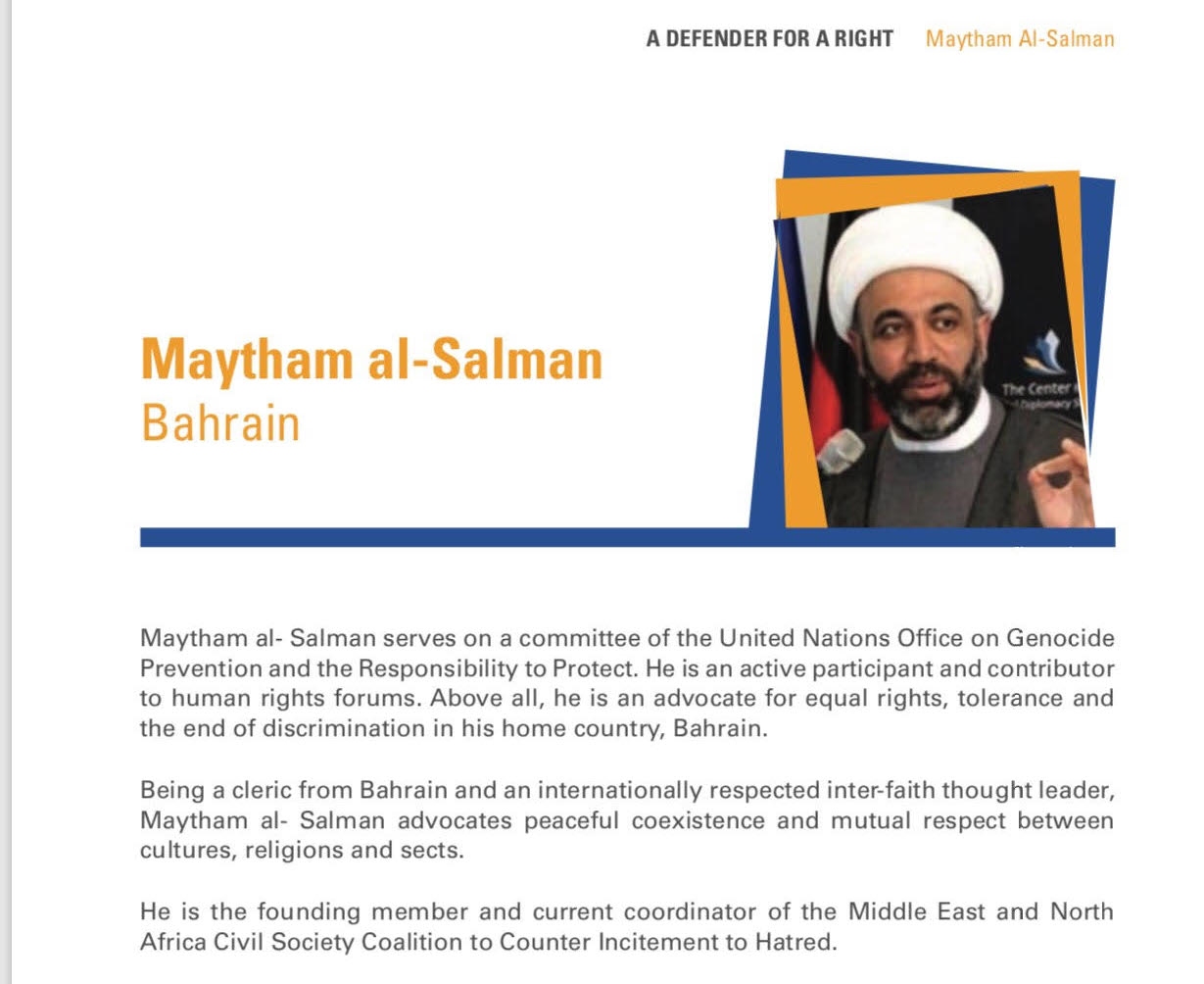 In recognition of his exceptional work in the field of human rights and his prominent and courageous role in defending the principles of human rights in general and the rights of victims in the Middle East and North Africa in particular, the United Nations High Commissioner for Human Rights has honored the prominent Bahraini Human Rights Defender Sheikh Maitham Al Salman.
Sheikh Maitham, who is Chairman of the Bahrain Interfaith Center and an Advisory Board member of Salam for Democracy and Hunan Rights (Salam DHR) and Bahrain Center for Human Rights (BCHR), was among 30 other human rights figures  to receive the honor, chosen for their courageous defence, dedication and sacrifices on behalf of the principles of the Universal Declaration of Human Rights.
On this occasion, Salam DHR congratulates Sheikh Salman on this international recognition and acknowledges his many sacrifices. Maitham was imprisoned, tortured, prevented from traveling, and endured incitement in the media in his native Bahrain because of his human rights work.
The honoring ceremony coincided with the ceremony of the United Nations Office for the Middle East on the 70th anniversary of the Universal Declaration of Human Rights, held in Beirut.
Read & Download