Article published in “THE WORLD’S STATELESS 2020: DEPRIVATION OF NATIONALITY” Report* 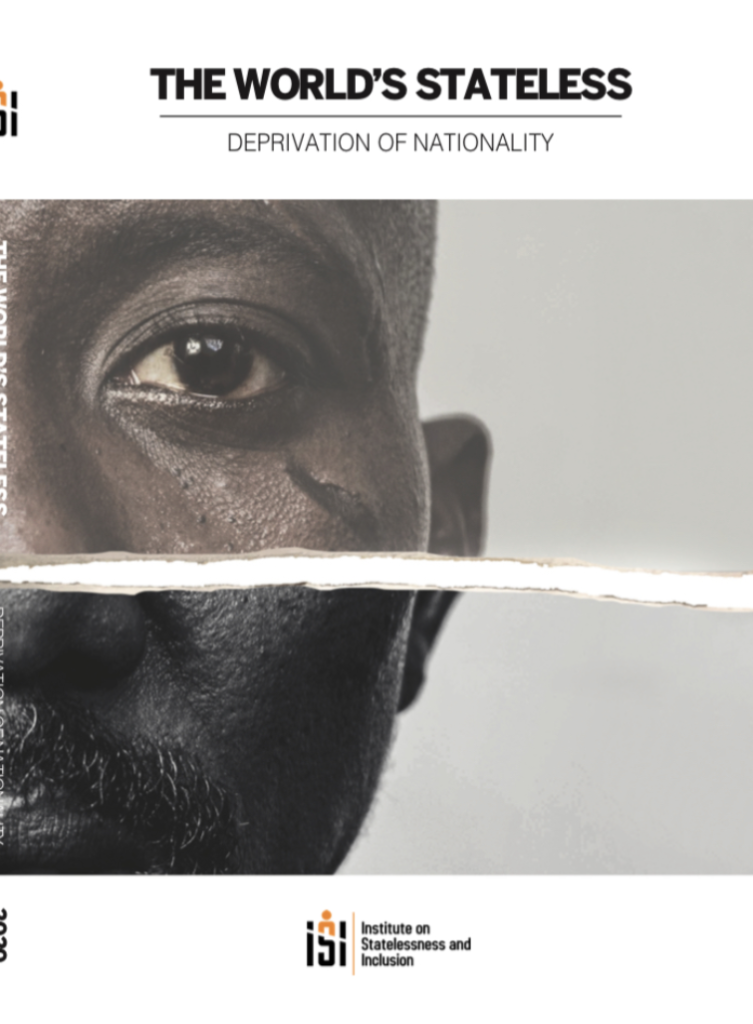 Most of us take our citizenship for granted. Since we were born, we belong to a state or two. This belonging largely represents a significant part of our identity and enables us to maintain our daily life under the protection of the state. But imagine what if, one morning, you suddenly wake up stateless!

It has been seven years since I was stripped of my Bahraini nationality and officially became stateless. I was one of the first victims of Bahrain’s revocation of citizenship programme, but I am not the only one. Since 2012, one year after the pro-democracy uprising began, the Bahraini government has used citizenship as a weapon for political punishment.

On 7 November 2012, the Ministry of Interior in Bahrain revoked the nationality of 31 citizens without any justification. This included me and my brother, Jalal Fairooz, also a former member of parliament. In 2015, another 208 citizens were denaturalised and in 2018, a further 298. In total, around 990 Bahraini nationals have had their citizenship revoked in the past eight years, which amounts to 0.15%of the population. If the same percentage had their citizenship revoked in the United States, this would amount to approximately 495,000 people.

The justification the Bahraini authorities use to carry this out is nearly always the same – to protect the country and its citizens from extremists and terrorists. The legal basis which allows forthis practice dates back to August 2006, when Bahrain adopted an anti-terrorism law.The government’s powers were expanded further in 2013 when deprivation of nationality was included as an additional penalty for those who commit or call for “terrorist crimes”.

But how can we define terrorist crimes? Bahrain’s Penal Codealready has a number of articles that detail terrorism-related crimes, including articles 112-129 of Penal Code. However, the terrorist acts listed in the new 2006 law are extremely broad, extending to non-violent acts such as “disrupting the public order”, “threatening the Kingdom’s safety and security”, and “damaging national unity”. However, rather than fighting ‘terrorism’, the law has instead been used to target activists, politicians, clerics and any peaceful dissidents.

Such broad definitions are not compatible with international human rights law, neither is the act of making a person stateless, with Article 15 of the Universal Declaration of Human Rights (UDHR) stating that “Everyone has the right to a nationality” and “No one shall be arbitrarily deprived of his nationality.”Yet in Bahrain, hundreds of individuals have been, and continue to be, arbitrarily deprived of their nationality.

Citizenship is the most basic and fundamental right of every individual. It is a ‘right of rights’: a right which unlocks other rights, the absence of which erodes the enjoyment of all rights and protection. Losing one’s nationality can thus be described as a form of social death.

Once someone is stripped of their citizenship, they are stripped of a whole host of human rights. Denaturalisation often follows and is followed by arrest, interrogation, detention, and criminal charges, causing multiple rights violations. The practice also leaves individuals unable to access many basic services, from healthcare and education to housing and finance.

This social death means total exclusion from public life and can often result in poverty and mental illness. It does not just affect the individual, but the entire family, and it will not just affect the present generation, but future generations too. Mainly because all new born childrens of those whom their nationality been revoked will be stateless. The possible long-term impact of this is hard to fathom.

Is security really being achieved by this inhuman and unlawful act? By targeting civil society, the pillars of a healthy society are eroded, paving the way for further insecurity. By revoking the citizenships of peaceful dissidents under the 2006 law, the Bahraini government is equating human rights defenders with violent terrorists. By excluding individuals in this wayand denying them countless human rights, the seeds of a deep mistrust are sown.

The Bahraini government is the prime actor responsible for this practice. Intending to completely crackdown on dissent, the government has used the banner of ‘terrorism’ to mask this goal, and the revocation of citizenship as the latest tool to carry out its repression. The practice should be seen as one of a number of methods used to spread fear and punish dissent, akin to the death penalty and the use of torture.

But, more surprisingly, how has the international community allowed it to foster? The problem is that certain bodies have been slow to act and recognise the scope of the problem. In 2014, the UN High Commissioner for Refugees (UNHCR) launched a campaign “#IBelong”, in a bid to end statelessness. While this was welcome, the campaign failed to include those who have become stateless through citizenship revocation, like the hundreds of Bahrainis.NGOs have also been slow to address the issue. Aside from thematic organisations, like the Institute on Statelessness and Inclusion (ISI) and the European Network on Statelessness (ENS), other international organisations have been playing catch up. A conference on citizenship revocation held at Amnesty International in 2016 and the ISI World Conference on Statelessness and Inclusion in 2019were both an exception to this and led to transnational action in the Gulf region, such as the creation of an All-Party Parliamentary Group (APPG) on human rights in the Gulf.

There are signs that the international community is waking up. When the Bahraini government revoked the nationality of 138 people in a mass trial in April 2019, there was a huge backlash. Soon after, Bahrain announced that 551 individuals would have their nationality reinstated. This marks a point from which further change can emerge, howeverthe most prominent activists and politicians have not been included in this decision. This is nowhere near sufficient and a full remedy, justice and reparation to be achieved.

How to end the practice?

Ending the arbitrary deprivation of citizenship can and must be a straightforward goal. In order to end this inhuman and unlawful practice, continuous international pressure on the Bahraini government is needed. The recent reinstatement of citizenship shows that international pressure can be effective. This pressure must however be sustained and increased in order to secure long-term change, including ending the practice, reinstating all citizenships revoked for politically motivated purposes, and scrapping the 2006 anti terrorism law.

In order to achieve this, further work also needs to be done on a thematic basis around the issue of statelessness and citizenship revocation including for example the establishment of specific UN guidelines. Increased cooperation between international bodies, including those at the UN level is also crucial in order to effectively combat this practice both in Bahrain and internationally.

If you lose your citizenship, as my case, you would immediately lose your job, you cannot access public services, you cannot travel, and you cannot vote. Your identity paper becomes no longer valid, meaning that you are basically invisible person in the eye of the law! You no longer feel security, and rather, may be considered an illegal immigrant, and are treated like a criminal in your own country. You are more likely to be forced to leave the country in the end, where you were born, raised and lived for your whole life, leaving your beloved ones behind at home.

The possession of citizenship should not be understood as privilege or reward for allegiance, and its revocation should not be wielded as a weapon of control and oppression. The citizenry is above government, not vice versa. Citizenship revocation only enhances the discretionary and arbitrary power of the executive authority.