Children of Bahrain are victims today of an uncertain future. 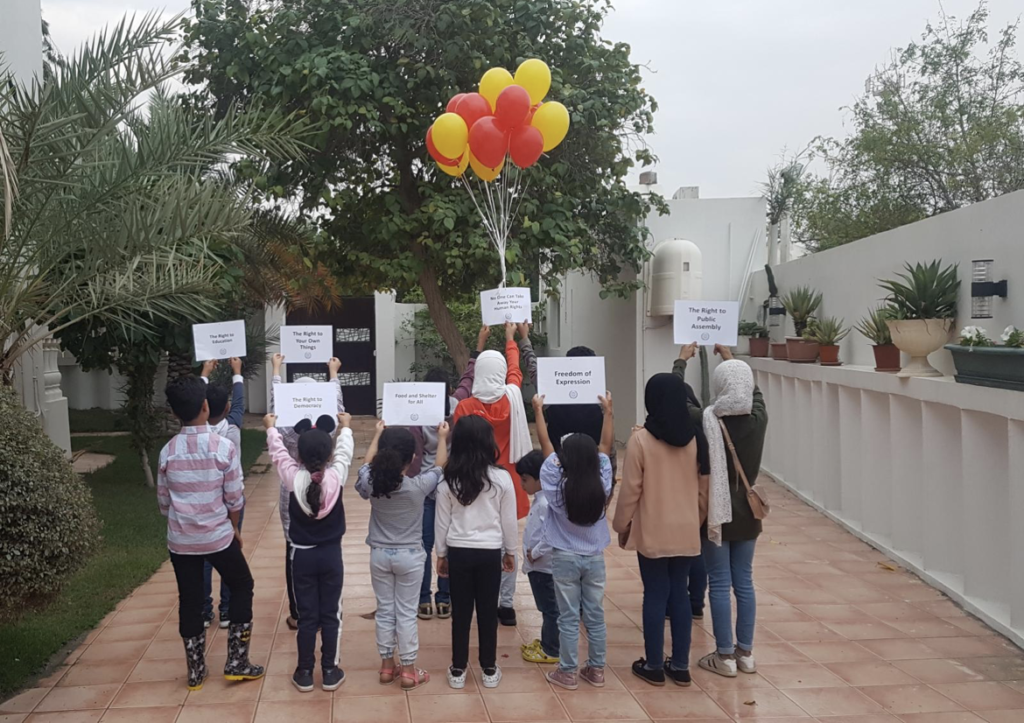 Commitment to implementing the Children’s Convention is their right today for a better future.

Since the middle of the last century, the international and human rights community has paid great attention to the rights of the child. On November 20, 1959, the Declaration on the Rights of the Child was adopted by a resolution of the United Nations General Assembly, and in 1989, on the occasion of International Children’s Day, the United Nations General Assembly adopted the Convention on the Rights of the Child, and established United Nations rules. The minimum standard for the administration of juvenile justice, which is known as the Beijing Rules. All this concern is for setting international principles and rules for child protection and for making them for states to abide by and guidelines for them and governments, especially those that have ratified and acceded to the convention.

Since the beginning of the popular uprising in Bahrain in 2011, hundreds of children were arrested after political charges were brought against the backdrop of their participation in peaceful marches and protests. Their punishment was either imprisonment or revocation of their nationalities, not to mention torture, ill-treatment and denial of medical treatment.

Children of Bahrain are being used as a card of extortion and revenge by the authorities that push them into adult prisons and extract confessions from them under torture and cruel treatment, which is a flagrant violation of the rights of the child, as we continue to document cases of arbitrary arrest, detention and physical and psychological abuse against children even under the age of eighteen years old.

While the right to education is a basic right in the Child Convention, which affirms the prevention of juveniles from work, children of prisoners of conscience in Bahrain find themselves forced to work hard work in order to support themselves and their families, which prevents them from  Continuing their education and deprive them of the innocence of their childhood and their dreams, as they continue to work even after they leave their relatives from prison are unable to find work and support their families as long as the matter depends on their obtaining a certificate of  “good conduct,” a right that was denied to those who participated in the popular movement and went to prison on political charges.

Bahrain does not operate social protection programs for children living in poor families, as stipulated in Article 26 of the Convention on the Rights of the Child that (1) “Every child has the right to benefit from social security” (2) “Benefits should be granted, when necessary, taking into account Child Resources and Conditions “It is every child’s right to benefit from social protection. Children of poor families in Bahrain do not enjoy the benefits of social security, which provides enough of their rights to guarantee them a decent life in terms of adequate financial resources and in terms of decent housing, and the state in Bahrain does not provide assistance before children enter school at the beginning of each new school year, which affects the psyche of children whose parents are unable to provide school supplies.  The government in Bahrain should play a major role in removing children from poverty by enhancing cash benefits, social services, and amending legislation related to children.

It is not only limited to this, as the threat to revoke the nationality has become a weapon known even in the face of unborn children, the Bahraini authorities have deprived children who were born during the period of detention of their relatives of their nationality, and we have documented dozens of cases of children who were denied access to an identity documents and passport in retaliation against their detained parents.

Accordingly, we recommend the government of Bahrain of the following:

• The immediate and unconditional release of detained children.

• Harmonizing penal legislations and others with Article 4 of the (Bahraini) Child Law.

• To stop targeting children and allow them to complete their studies and exercise their rights as stipulated in international covenants.

• Commitment to its obligations towards the Convention on the Rights of the Child and its protocols.

• Granting the nationality to every Bahraini child whose nationality was revoked or not granted yet and compensating them for every right deprived when they were stateless.

• Ensure that children have access to social security and that they receive adequate cash and social assistance.

• Trials of children who are found to be involved in cases before specialized courts and guarantee all their rights to a fair trial and proper litigation procedures.